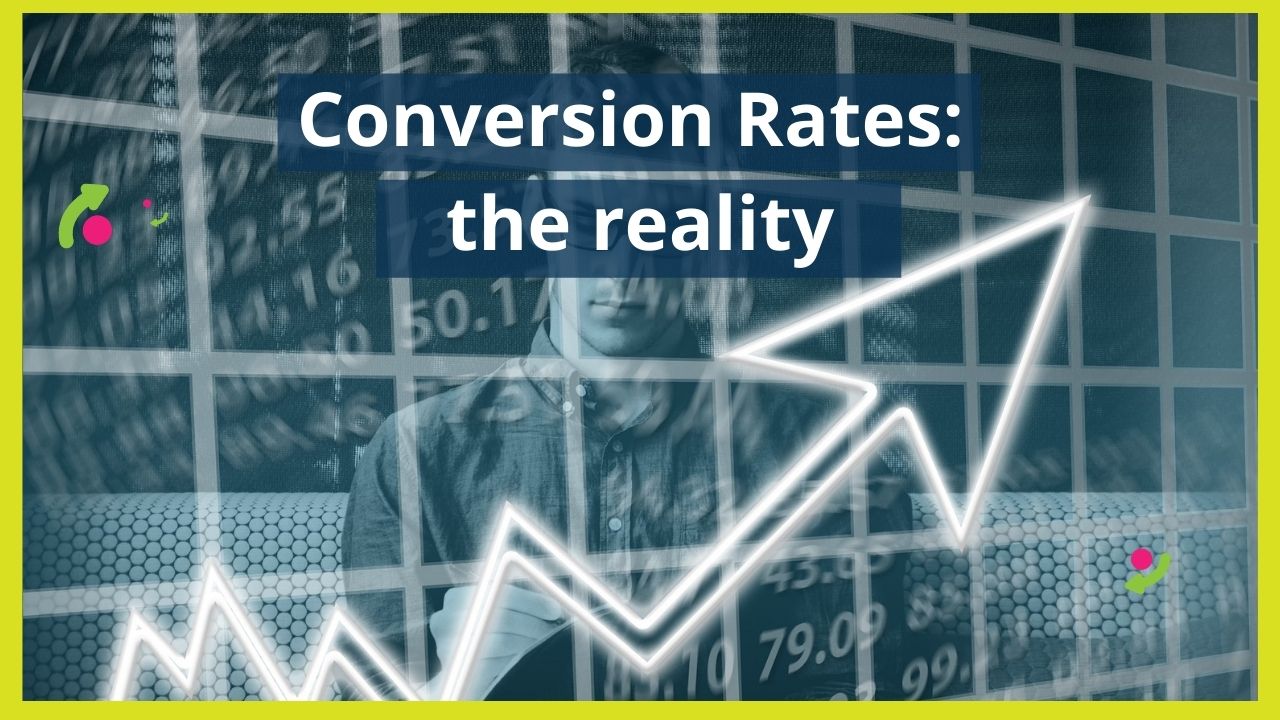 In this video/article I am going to share with you the reality of conversion and attracting clients.

A couple of times this week people have asked me questions related to the fact that they don’t have enough clients coming into their business and I’ve been asking them ‘what are you doing to attract clients’ and sort of helping them out and I thought it’d be really nice to share my answers and how I helped them on a live video so that you can benefit too.

I think that a lot of people’s expectations isn’t matching reality, what do I mean by that?

So, what’s going on? The answer is that even the best in the market, even the millionaires, people making loads and loads of money online, conversion still works out about one percent.

If you are converting from stage so you’re actually doing a talk and you’re talking to people that conversion is about five percent, so in my experience most people have a numbers problem. They’re just not going out and reaching and connecting with enough people to convert the numbers at one percent to make it whatever numbers they need.

Say you wanted 30 people to sign up to a webinar, you would need to interact and connect with 3 000 people in order to get 30 people signed up that’s just reality that’s just how it is so have a look in your business.

There’s often a couple of reasons for that either:

1) They don’t know what to create

In which case you want to create some interesting things, whether it be blogging or talks or downloads or mini courses or all sorts of webinars. There are all sorts of different options at the bottom of your structure that you can do.

2) They don’t know how to create them

Either they don’t know what to do or it’s a mindset challenge where they’re just frightened to get out to the world. They’re holding themselves back from talking to people and from sharing what they do. For so many people it’s quite a scary thing to do, so it’s working through the mindset blocks and stepping out of of that and into the world and putting what you’ve got to share out there.

How long does it take?

So, if you’re struggling to attract clients have a look if you have got a numbers problem. You are probably not talking to, or going out too, or connecting with enough people to convert at one percent.

The reality also is that it takes approximately eight times for people to see you interact with you in order for them to get to know you and like you and trust you.

So you can’t just walk into a network meeting talk about something amazing that you do and then expect people to sign up because they don’t, they’ve seen you once. After about the seventh or eighth time of going to the networking meeting and chatting to people then you’ll start to get people warming up to you, having some conversations, maybe kind of thinking about signing up to a service of yours or something like that.

Support with your Conversion Rates

So if you’re struggling with those sorts of things then grab yourself copy of the book here.

If you would like help implementing what I go through in the book join the BiB (Build it Brilliant) Membership.

I help you create an effective strategy, develop a productive mindset and choose the right technology. Helping you every step of the way so that you can overcome the things that I have been talking about here.

If you would like more information about the membership you can find that here.

Marketing techniques: how to get more clients

Pricing Too Cheap vs Too Expensive 

How to turn knowledge into recurring income